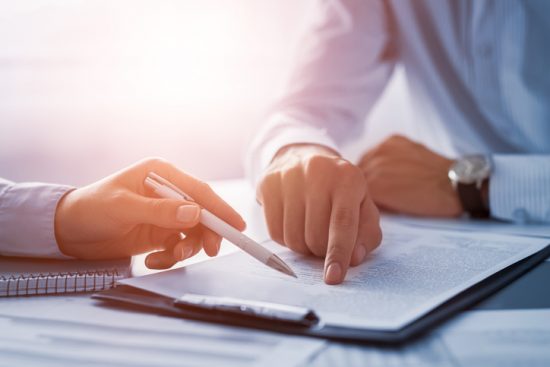 There are many reasons why couples get divorced in Massachusetts, as everywhere else.  A very few divorces are filed under more serious terms, like adultery, abandonment, or imprisonment, while most cite an “irretrievable breakdown” of the marriage. But what really are the acceptable grounds of a divorce in the Commonwealth? Here we explain the differences between fault and no-fault divorces in Massachusetts and the grounds (the reasons) for divorce.

Historically, a “fault” divorce was what the court expected when a husband or wife filed an action to dissolve the marriage.  It was rare that parties filed under “no-fault” grounds.  But by the 1980s, the no-fault divorce became widely accepted, and now it is extremely rare to see a divorce filed on any grounds other than “irretrievable breakdown of the marriage.”

How Should I File?

What is a No-Fault Divorce?

A no-fault divorce is when neither party is at fault or wrongdoing for a divorce, but the dissolution is instead attributed to irretrievable breakdown (the parties have grown apart). Laws providing for no-fault divorce allow a family court to grant a divorce in response to a petition filed by either party of the marriage without requiring the petitioner to provide evidence that the defendant has committed a breach of the marital contract.

What is a Fault Divorce?

An at-fault divorce is when one of the parties is alleged to be at blame for the cause of a divorce or breakdown of the marriage, and these allegations ultimately become part of the legal action.

Fault vs. No-Fault Divorces in Massachusetts:

How does Massachusetts handle grounds for a divorce? Here are the regulations for fault and no-fault divorces in the state of Massachusetts:

Does Massachusetts Allow for No-Fault Divorces?

The state of Massachusetts allows for a no-fault divorce. No-fault divorces can be accomplished either by filing jointly (known as a “1A” divorce) or unilaterally, by one of the parties (a “1B” divorce). In a 1B divorce, the petitioner must only show that the marriage is irretrievably broken, meaning that there is no chance of reconciliation. They do not need to prove that the marriage’s failure was the fault of the other spouse.

Does Massachusetts Allow for Fault Divorces?

The state of Massachusetts does recognize at-fault divorces, under section 1 (as opposed to 1A or 1B). Section 1 gives the petitioner (Plaintiff) the ability to request a final hearing after only thirty days from service of the Complaint for Divorce, whereas the no-fault grounds under Section 1B require the parties to wait six months prior to hearing on the merits of the case unless they come to a comprehensive agreement on all issues and convert the action to a 1A divorce. Here are the grounds allowed for alleging an at-fault divorce in the Commonwealth:

What is Cruel and Abusive Treatment?

Cruel and abusive treatment commonly means that one party acted in such a way as to reasonably result in torment to the other. It has been said that if one of the spouses systematically engaged in some seemingly innocuous behavior that was designed to upset the other, the behavior can be deemed cruel.

Our Central Massachusetts Divorce Attorneys Can Help With Your Divorce

Divorce can be a tough process. Working with an experienced Worcester divorce attorney can help you determine the best grounds for filing. The attorneys at Fraier & Maillet will help make the divorce process easier for you while providing experienced legal support. We provide divorce mediation services and divorce litigation services, by consulting in person. We also offer virtual divorce services via Zoom video conferencing.

Written by Jane A. Fraier